For most people, fashion is about looking good. But for Lee Know from Stray Kids, it’s about doing good too. Here are 3 times he helped change the world with his fashion and accessory choices.

Lee Know has been spotted on several occasions wearing a unique earring with a cute polar bear and tear drop design. 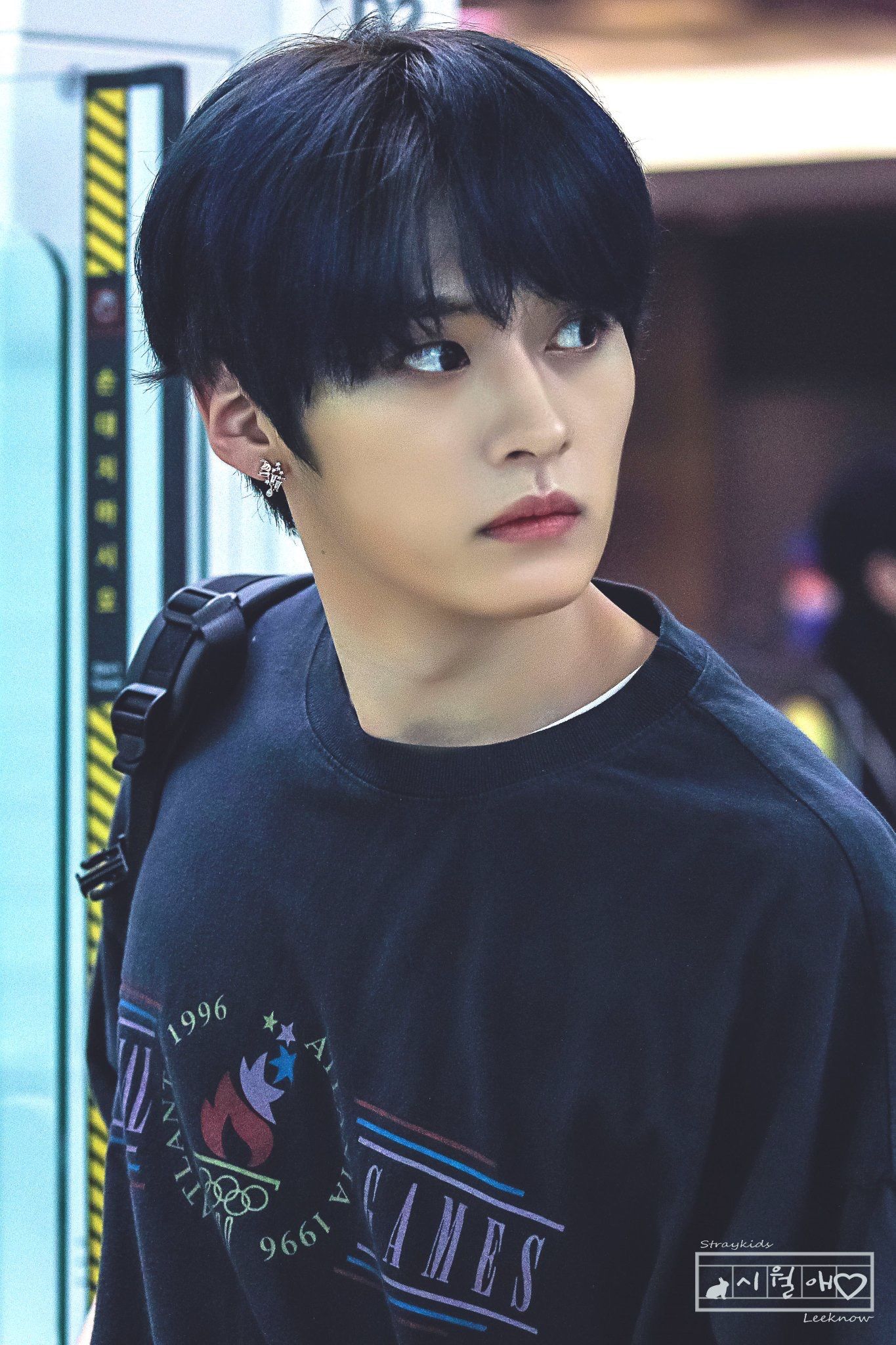 The earring is part of the Tear of Glacier collection from Korean jewelry brand Wing Bling. A percentage of every purchase is donated to WWF, a charity which supports the conservation of endangered species.

With climate change destroying their habitats, polar bears in particular are currently considered a Vulnerable species. Only around 22,000 to 31,000 polar bears remain today.

Lee Know also owns another earring from the brand which supports snow leopard conservation. There are only around 4,000-6,500 snow leopards alive today thanks to humans hunting them and destroying their habitats.

He once talked about the earrings on a live broadcast, telling fans that he was he was struck by the urge to do something good with his money while searching for pretty jewelry online.

Back in August 2019, Lee Know posted a photo to the official Stray Kids Twitter account asking fans what earrings he should wear that day.

Alongside his leopard and polar bear support earrings, he showed off one designed in the shape of a large safety pin. To many, the earring may have looked like an edgy fashion accessory. But safety pins actually have a hidden meaning: “you’re ‘safe’ with me”.

Since around 2016, the safety pin has been used as a subtle symbol of support for marginalized communities. Likely inspired by the punk movement, those in the know wear a safety pin to show they’re an ally to ethnic minorities, the LGBTQA+, women and feminists, immigrants, and more.

Since Lee Know showed off his safety pin alongside his other socially conscious earrings, there’s a very good chance that he knows and embraces the safety pin’s alternative meaning.

Lee Know also owns clothing from the Korean brand APIECEOFCAKE’s HOPE, Think Together collection. The items all feature a cute teddy bear design, but they also support an important US charity called Think Together.

Think Together works with schools in the US to provide underprivileged children with more education opportunities. Lee Know was seen wearing a fluffy blue coat from the collection back in January 2019.

He may have also inspired his members to support the cause, as eagle-eyed fans noticed Han wearing a shirt from the line in March that year.